The words of the Electoral Reform Society in a report published today. The report criticises not just the scope of the referendum but also its implementation. When David Cameron announced the referendum and its scope four matters caused me to be anxious:-

As time went on other issues caused me further concern:-

However, as I leafleted I always used to look at the Remain literature to satisfy myself of its contents. Yes, it was full of crystal ball gazing but the comments and quotations were genuine, unlike the £350 million lie so readily conceded by Nigel Farage on live TV the morning after the vote. The ERS report has vindicated my right to feel concerned before the campaign began which I have detailed above. Consequently whilst I am happy at the findings of the ERS in highlighting the farce of this insult to the democratic parliamentary process I am a little disappointed that it has not really “gone to town” against Leave. 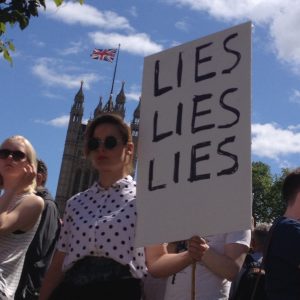 In my work as a lawyer you learn to put your client’s best case forward. There are, however, clear lines of demarcation. Future gazing will always be slanted by your own mind but peddling blatant claims which are demonstrably incorrect (£350 million a week?) stands deserving of a particularly uncompromising judgement and outcome. I know that is what would happen if I misled a Court, or, for that matter, an opponent.