David Davis, the so-called Brexit Minister, was asked on television of Michel Barnier. He enlightened the audience by saying that he was “very French”.

A piece of masterful self-assertion in the process of the “negotiations”. Imagine the impeccably dressed Barnier, cool as a cucumber, being asked the same question of Davis.

So what is there to learn of Davis’s response?

Davis is scared witless of Barnier, and rightly so. Barnier exudes the cool and understated confidence of a poker player holding a good hand but not afraid to lose one in the course of a long evening’s entertainment.

The banal uttering of Davis says more about its origin than its object. It is a real door opener into the mind and machinations of the Chef of the Department for Exiting the European Union.

A confident and sage Davis would have immediately lauded his opposite number, assured of his own standing in this meeting of minds.

But he let this slip. It was a good question. Simple but extracting. Rather like asking a Prime Minister whether he has shared prayer with a President.

The answer is tainted by stereotypical illusions of Johnny Foreigner. Did Barnier smell of aïl? 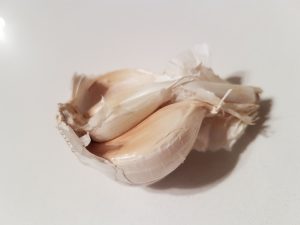 Did Davis spot a necklace of onion bulbs that everybody else missed when Barnier strode confidently to his lectern? Had Barnier enjoyed a long lunch? Did he order escargots or cuisses de grenouille?

Imagine the vice versa. Did Davis have baked bean residue on the bottom of his tie? Did he ask for Heinz Salad Cream, or insist on Heinz Tomato Ketchup? Did he order rosbif, bien cuit?

In consideration of the strengths of each “side” entering the illusory negotiation phase Davis’s comment shows the weighing scale in true perspective. Seriously unbalanced.

Appearance is not everything, of course. A Cheshire-cat grin from ear-to-ear does not necessarily reveal a chancer with no hand. The grin has to be placed in context.

This is one of the most critical few months that the United Kingdom has faced since World War II.