Former teacher and Union Representative Andy Willis sums up the state of play very succinctly in an article he has kindly allowed to be published on www.bregrexits.com. His article began as a post on social media. Andy is a member of the Facebook group Oundle Europeans. 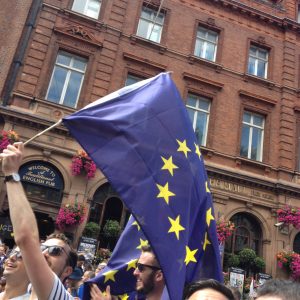 “It’s increasingly clear that whatever the reasons were that persuaded people to vote leave in the Referendum these arguments are at best now largely discredited as a result of the progress of the negotiations with the EU; or are in fact exposed as a misdirection of the people through a flawed, likely illegal electoral process and an electoral process rendered invalid by the misuse of harvested personal data for the purpose of targeting a decisive vote winning percentage of the electorate with what can at best be seen as propaganda and at worst fake news or lies.

Potential electoral collaboration between two or more campaign groups, electoral overspending and the illegal use of personal data is argument indeed justification for a second vote to now be a priority for any government that is genuinely concerned for protecting the democracy of its people.

The situation is compounded by a “system” that is meant to operate in the interest of its citizens now thwarting any discussion of these issues and closing ranks to ensure the referendum results stands, aided and abetted by the media; most alarmingly by the BBC and a number of its leading political commentators who frankly should be much better than this.

Virtually all expert economic opinion warns of the significant danger to jobs, standards of living and the economy that Brexit represents leaving us with a situation where a minority government riven with disagreement is both incapable of any meaningful negotiation and influenced by a far right cabal of Brexit politicians whose main motives for a hard Brexit are ideologically driven and do not lie with the best interests of the people.

It’s incredible that for the first time in history we have a government working with a sure knowledge and determination to force through a political direction that it knows will do harm to the country.

With economic arguments discredited the other main trope of Farage and his like of creating an anti immigrant climate and resulting migration reductions have now been exposed as a dangerous direction in which British civilians can find themselves persecuted and deported.

It’s also clear if proof were needed that our economy and public services are heavily reliant on a determined and skilled workforce provided by the stimulation of European and wider migration to this country. As migration has fallen during the period of negotiations with the EU so too have emerged genuine recruitment issues in construction, the NHS and education to name just a few vocational areas as our economy has stalled and sits at the bottom of European and developed economies’ lists.

As Trump undermines NATO and the UN at every erratic foreign policy turn that he makes its clear too that our future security is more than ever best served within a coherent and united foreign policy bloc provided by membership of the EU.

Finally it’s the exposure of what “taking back control” really means that should pose a last worry and justification for a second People’s Vote to remain in the EU.

Politically this government has seen Brexit as an opportunity to move to the political right with a new instinct to focus power and decision making within the executive branch of government, namely the Cabinet, whilst actively looking to legislate to weaken the role of Parliament. Whether it has been the Henry VIII powers, foreign policy decisions or the very decision of Brexit and any deal the trend is to try and focus decision making away from the scrutiny of Parliament.

This is politically dangerous and I fear with the intoxication of power it would be a trend that would not be reliably redressed by a change of government.

The democracy of this country is firmly on the line at present. I never thought there would come a time when I would be so grateful to see an unelected House of Lords providing such an important check and balance of power than it is currently doing.

There is little more to say save that the time has come for brave politicians of integrity to unite across the various political divides to ignore directives from their Party leaders and to vote down in Parliament any Brexit deal and return this whole ill fated issue and decision back to the people for a second vote. The people now far better informed would finally end Brexit and avert the incalculable damage that this move would do to this country for generations to come.”

Thank you for permitting this site to share your wise words Andy. 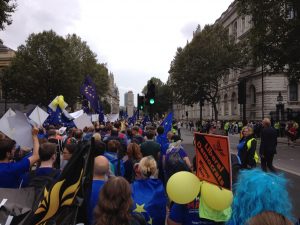