The haunting words of Tears for Fears from 1983.

America is due to become great again. I thought it was doing pretty well, as it happens. Equally I thought the United Kingdom might be happy to be punching away in the heavyweight category as the fifth largest economy in the world.

Listening to LBC yesterday a caller rang to say that people needed their national identities back. She stopped, however, when it came to endorsing Marine Le Pen. For some reason she thought Le Pen was a bridge too far and evidently “too extreme” (my words, not hers). It was an interesting observation.

UKIP posted images of refugees prior to the referendum not dissimilar to those published in Germany in the 1930’s. It emerged that a teacher of their then leader had been concerned about his behaviour being demonstrative of some unacceptably far-right tendencies.

Yet, somehow, the caller had determined that the “line in the sand” (again, my words) lay somewhere at or to the right of Farage but to the left of Le Pen.

We are witnessing the destruction of our democracy, so cherished by liberals (with a lower-case “l”). It is now acceptable to acquire political power despite expressing previously unacceptable prejudices, or indulging in behaviour rejected by mainstream society prior to 2016. You can lie and still assume power. In fact, more than that. You can actually use lies to gain public support. When challenged, you merely shirk it off and move on to rhetoric of “taking back control” or “making things great (again)”. You then use your servile press to call for dissenters to be “silenced” and you accuse them of being “unpatriotic”.

The voice of dissent becomes hushed because initially people who oppose start to feel self-conscious of their continuing opposition to the transit with which they disagree. People start to tell them to “move on” or to “stop moaning”.

The dissenters grow anxious. They become nervous of expressing their opinions. The spiral downwards begins. In the absence of dissent the never-satisfied desire for more power drives the vehicle even faster into the spiral. 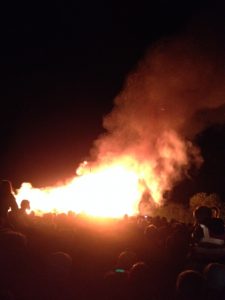 I recently read an intriguing article by Tobias Stone called “History tells us what may happen next with Brexit & Trump” (link below) in which he states that “we humans have a habit of going into phases of mass destruction, generally self imposed to some extent or another”. He also refers to the spiral and issues a chilling prediction about the descent that makes me feel very uneasy:-

“It will come in ways we can’t see coming, and will spin out of control so fast people won’t be able to stop it. Historians will look back and make sense of it all and wonder how we could all have been so naïve”. 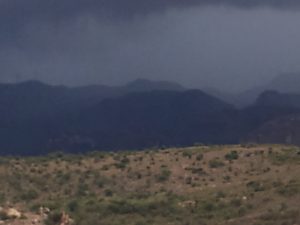 It is time to take the car out of gear, park up and look at the storm clouds as well as the torturous-looking road ahead before deciding whether to continue the journey or go home.  The kids in the back are screaming loud to get to Fantasy Land as quickly as possible but like all such locations it’ll probably be an expensive disappointment. Have the parents got what it takes to do what is right for the whole family? Is the short-term pain of transitory disappointment and ringing ears worth the certainty of getting home safe and sound; after all we haven’t even got far out of the driveway?

So for the Mad World I see in front of me I hope Tears do not replace the Fears.

Tobias Stone’s medium.com article can be found at: