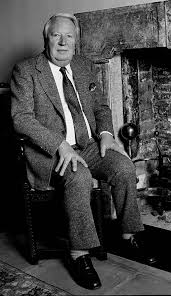 In December 1972 the then Prime Minister Edward Heath published in The Illustrated London News in the following terms:-

The Community which we are joining is far more than a common market. It is a community in the true sense of that term.

There appears therefore to have been some confusion as to precisely what “we” voted for and ratified in 1975.

The then Prime Minister seemed (with the presumed benefit of a contemporaneous understanding) to have felt differently to referendum voters in 2016, most of whom had never voted in 1975. You would now have to be aged 60 or over to have done so.

Heath then went further in his understanding.

It (the European Community) is far more than a common market…

…it is concerned not only with the establishment of free trade, economic and monetary union

…but…with social issues which affect us all – environmental questions

“Socialism through the back door, as Maggie said.”

“Who needs cheap calls if you don’t go abroad?”

“Is that what the Welsh are bleating on about?”

“Why does anybody need trade agreements?”

“It all changed when the wall came down.”

In the context of Heath’s message to the country something has gone seriously wrong in terms of the understanding of what people were voting for in 1975, evidently. All of Heath’s objectives in terms of the European Community are instantly recognisable to anybody in the run up to the 2016 referendum. If, therefore, voters wanted to take us back to what was voted for in 1975 how have they achieved their objectives?

They have not, of course.

The discernible change in circumstances upon consideration of Heath’s message in 2017 relates to events in 1990 onwards in the easterly “half” of our continent. The stated objective of the Community could not have been clearer in terms of inspiring an improvement in relations between east and west. Consequently when the wall came down the Community had partially achieved its objective. The rebuilding of a Europe split tragically by an iron curtain was the furtherance of the objective.

When a person aged 60 or over says

“I’ve got nothing against Eastern Europeans apart from them sending money back home, taking jobs, hospital beds, school places and claiming benefits. That’s not what I voted for. I voted for a Common Market only. I’ve no problem with that…”

he or she is clearly mistaken.

It’s funny how referendums cause such confusion. Not to mention how many people under 60 seem to think that they know what they cannot have voted for. Because “we” did vote in 1975 by a clear majority. A very clear majority if your only knowledge of a referendum is that, so-described, which took place in 2016. 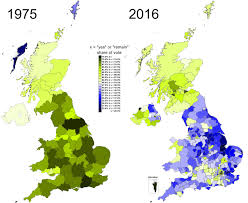