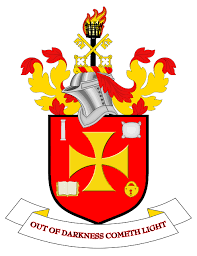 I think that she should be surprised to find that I have posted a Wolves emblem on this site, given the familial rivalry caused by our respective passions for different football clubs.

That, however, is the way 2nd December 2016 feels following Sarah Olney’s extraordinary success in the Richmond Park by-election. Small acorns and that. Some say that it gives momentum to pro-Europeans. Or does it merely slow down the aircraft that is travelling beyond its maximum speed and altitude with the crew fighting to take control and arguing as to how to do it?

I cannot watch Question Time any more. There are too many charged up and politicised audiences; howling and angry people demanding a divorce depress me immeasurably. The format encourages division, going from a Remain city, to a Leave town; from the north to the south, ever accentuating the schism.

That is not, I have to say, the world I believe that I live in. I am on one side of this issue and I know others, friends, who are not persuaded by my views. We will remain friends.

It is always said that the referendum was an incredibly divisive event. I think that David Cameron failed to appreciate just how divisive it could be. He believed, of course, that he would win (evidently being so confident as to disallow 16 and 17 year olds the vote, not to mention millions of British citizens living abroad). There was no plan for failure, it seems.

To admit an error of judgement is always difficult, particularly where accusations fly of deceit. From our pro-European perspective emotions must continue to run high. The debate must be intense. It should also be respectful. That is the way the campaign will be won. It will be hindered by rudeness and aggression; damaged by patronising remarks leading to accusations of liberal elitism. That is exactly what our opponents want and they have set running that time-honoured tactic of ridiculing education, experts and the elite. Most of the leaders of their cause, of course, being fully paid up members of that elite which they pretend they are not part of.

I believe in the fundamental decency of human beings. I also hold a view that most people are pretty good at working out when they are being conned.  It is difficult to do so however without a degree of insightful knowledge of the subject matter at the heart of the con; even more so when information has been deliberately obscured from rational scrutiny. The facts must continue to be disseminated to prevent the lies and rhetoric combining to form a credible alternative to the truth; otherwise that becomes a version of subjective truth in its own right.

I hope that there will come a time when the throttle can be reduced and all of the passengers (on either side of the aisle) might anticipate us coming in to land safely, having navigated the storm. Surviving together. At that point, the deeper sound signifying the reduction of power to the engines should hit a very sweet note.

Only after the aircraft has landed should the mechanics look at why it was so badly affected by the turbulence. A measured judgement can be appropriately reached. However, at the present moment the aircraft is still airborne and our attentions must lie elsewhere in its safe delivery to ground.

Whilst no Wolves supporter, I am happy to set aside the family football feud to acknowledge their wonderful club motto today.