If we had to look for any reason why we are floating around with no conceivable plan for dealing with the referendum result then here it is. On a day when the Prime Minister sounds the Grammar School horn we have a timely reminder of the power of education.

I will doubtless be charged with accusations that I am ageist. I am really not. However, it is fair to say that there was a divide between young and not-so-young at the vote. That is not to say I am suggesting that young people are more clever; if you take Michael Gove’s perspective as Education Secretary then quite the reverse. He was always keen on tackling the “dumbing down” of examinations and making academic attainment more difficult to achieve. The raising of standards to times of old.

It has been said that Grammar Schools were empire building machines, modelled on public schools. Remember the Raj Quartet? Ronald Merrick and the chip on his shoulder so excellently played by Tim Pigott-Smith?

I am going to say this as I see it, without apology. To those who feel affronted by my comments I am sorry.

People in this country have been educated to feel superior. It is not instinctive. That perception of superiority is taught, and the learning mechanism is very sophisticated.

I mention elsewhere the imperial measurements so cherished by some but that is only a part of the process. My dad tells me of a time at school when the world map was divided between the Empire and everything else outside it. If I remember rightly he said that it was outlined in red. 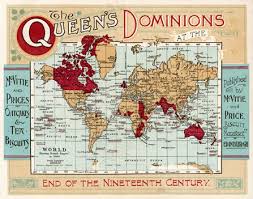 I was born in the late 1960’s (you may or may not be surprised to know). I recall first going on holiday abroad in 1976. That hot summer which was even hotter in a tent. I recall that first feeling of being abroad. Real foreigners, speaking French. Excitement, and a tinge of anxiety at the same time. The same sense I felt recently as an adult when I crossed from Croatia into Bosnia-Herzegovina. 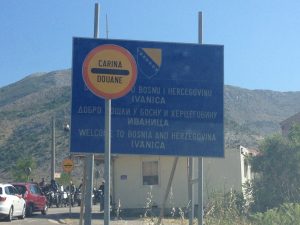 1976 was the first year that I had ever seen mountains deserving of the title. Not only mountains, but the roads carved round them at impossible heights by engineers who were not British, but had still managed such a feat.

That summer I was also left for 30 minutes or so at the house of a French family we met on the beach at La Rochelle. My anxiety went into overdrive as my mum and dad disappeared off for some down time and I remember being comforted by this kind lady and her children; they offered me hot chocolate and a tissue. The words I understood not, the comfort offered I did.

My eyes were opened to a new world beyond the English Channel. Language exchanges came and I started to become aware of an inner battle inside me. I now know what this was. A struggle between the acquired preconception of national superiority (based on the mere fact that I was British) and the reality.

Patriotism and my inner struggle

Some people never have the struggle. My beloved grandmother never travelled abroad. She had her torments but this wasn’t one of them. I remember arguing about patriotism with her; both my lack of and her abundance of it. 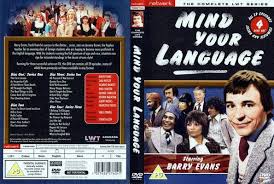 Meanwhile 1970’s Britain served us all up “Mind Your Language”, an ITV sit-com featuring a language school and basing its humour upon a series of nationalistic stereotypes. If you are young enough to have been spared this I can set the scene by saying that the blonde nymphomanic was Scandinavian and the smooth gigolo Italian. That was the sort of “education” we were subjected to. I still hear people fall into this sort of stereotypical pigeonholing to this day, whether it’s “the French don’t like us” or “mañana, mañana”.

My hackles rise when I hear any sentence which starts “The… (insert nationality before stereotypical description, complimentary or otherwise)”. We have Italians who love children and the family. Greeks who are laid back. Turks who pester blonde women. Germany is free of litter and Hitler built good motorways. It is difficult to see how the Netherlands functions with all that dope they are smoking. I shall not go on to Romanians. The Poles do work hard but the money all goes back home.

Some British people still question whether the water in France from the tap is drinkable even though our water industry is largely French-owned. They also question the safety of electrical connections abroad although we are (maybe) about to employ a French company to construct a nuclear power station. Italian cars apparently rust (they might have decades ago but what’s to get in the way of a good stereotype).

Proudly British, 100% British, produced by British farmers, putting the “Great” back into Britain…

According to our supermarkets everything British is superior. Unless it is German and mechanical –  and because they are good at those things this means that they in fact want to rule and dominate us all still.

If you go to a supermarket in France you might find a chalkboard saying “Origine: Espagne” next to the oranges but in the UK you cannot avoid the message. It’s not even subliminal, it’s perfectly overt.

Spanish strawberries? Have you heard this one? No flavour, apparently.

I suppose it’s not entirely us. The Austrian Metternich (1773-1859) was also capable of stereotyping when he said:-

“The English have more common sense than any other nation, and they are fools”.

TB’s educational legacy – cause for optimism?

Tony Blair’s government post 1997 committed to invest in education and, in my opinion (and it’s a relatively informed one) it at least partially succeeded. I wonder how much of the Blair government’s work on Education x 3 succeeded? Work which would have been assisted by widening travel opportunities, experiences and social media exploding boundaries. If voting habits in the referendum are anything to go by maybe more than we all realise.