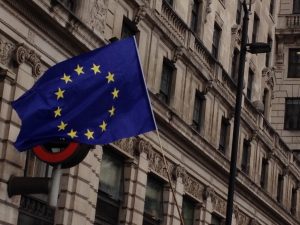 Is this the start of the implosion of British politics?

Miliband and Starmer pulling one way. Corbyn and Abbott the other. The latter, of course, will support each other come hell or high water. The Parliamentary Labour Party is all over the place and clearly Jeremy Corbyn has little genuine support from the majority of his MP’s – after all, he could hardly make a quorate shadow cabinet not so long ago.

In the meantime Theresa May’s Birmingham Conference could not have gone worse for the tories. Her lurch to the right has caused many of them (including leavers) to be very anxious indeed. Amber Rudd’s speech so well shamed by James O’Brien on LBC as bearing certain similarities to passages from Mein Kampf was a major own goal. This should cement the will of Ken Clarke, Anna Soubry et al. to engage with the Liberal Democrats who are now stirring; Nick Clegg has upped his game and Tim Farron represents an uncontentious and untainted pair of hands in these times of madness. A good turnout please, people of Witney, Oxfordshire for Liz Leffman.

In the meantime Dr Fox couldn’t have excelled himself better at alienating an increasingly frustrated and incredulous business community. The economic reality is beginning to become evident courtesy of sterling’s nosedive to become, save for the Argentine peso, the worst performing currency of 2016*. This is something that any man or woman on the Clapham Omnibus can understand. Simple. The rest of the world has no confidence in the UK economy. The nosedive didn’t end with the announcement that Article 50 would be triggered by the end of March 2017. The pound continued to fall with each Birmingham faux pas.

Is there a more pervasive public mood of acceptance that the referendum result was bad news for the UK? The “pro-leave” Daily Telegraph’s on-line poll suggested as at 9th October in the mid-afternoon that a majority of participants believed that the UK would be best to remain in the EU (52% as against the three other potential “models” of “outcome”).

The perception of a fledgling dawning of reality is enhanced by David Davis whose waffling and evasiveness is as very clear to see as his emerging plan is not.

Justine Greening’s appearance on Peston last night was also a big hint. Asked whether the Cabinet could survive she said something like “I think so”. Hardly a show of strength. Whenever the “B” word was mentioned by the said Peston her non-verbal communication said it all.

The wheels are not yet off the Brexit wagon but there is some very nasty play of the bearings beginning to make an alarming sound and some of the occupants are starting to take off their ear defenders.

The glass was empty. It’s nowhere near half full yet. There may be forces gathering to shore up the fort that social media warriors and pressure groups have struggled to hold against the powers of rhetoric and political ambition. Ably projected to what will hopefully be their peak of influence by 30 years of orchestrated deceit.

*since publication sterling has now become the worst performing currency in the world so please accept the writer’s apologies Argentina.